When you book with an account, you will be able to track your payment status, track the confirmation and you can also rate the tour after you finished the tour.
Sign Up
3326

Why Book With Us?

Pay Safely With Us

The payment is encrypted and
transmitted securely with an SSL
protocol.

Price is all inclusive with FREE CHAMPAGNE on the way.

Karrabee takes you there in comfort, no driving stress, no parking worries, the only way to enjoy a great show

Grab some friends and book your seats now so you don’t miss out.

Set the alarm for a great night out at DOLLY PARTON’s joyous smash hit musical 9 TO 5, featuring a stellar cast, knock out songs and high-flying ambitions.

With a sparkling score by Dolly Parton and a book by the iconic movie’s original screenwriter Patricia Resnick, 9 TO 5 is the quintessential feel-good show for the times. Full of mischief, laughter and affection, it’s gold carat fun!

Dolly Parton received both a Tony nomination and a Grammy nod for the original music she composed for 9 TO 5 THE MUSICAL for its original Broadway run in 2009.

*Please note, Dolly Parton does not appear in this production.

This Day Trip departs from Amamoor, Gympie and Aussie World on the SunshineCoast 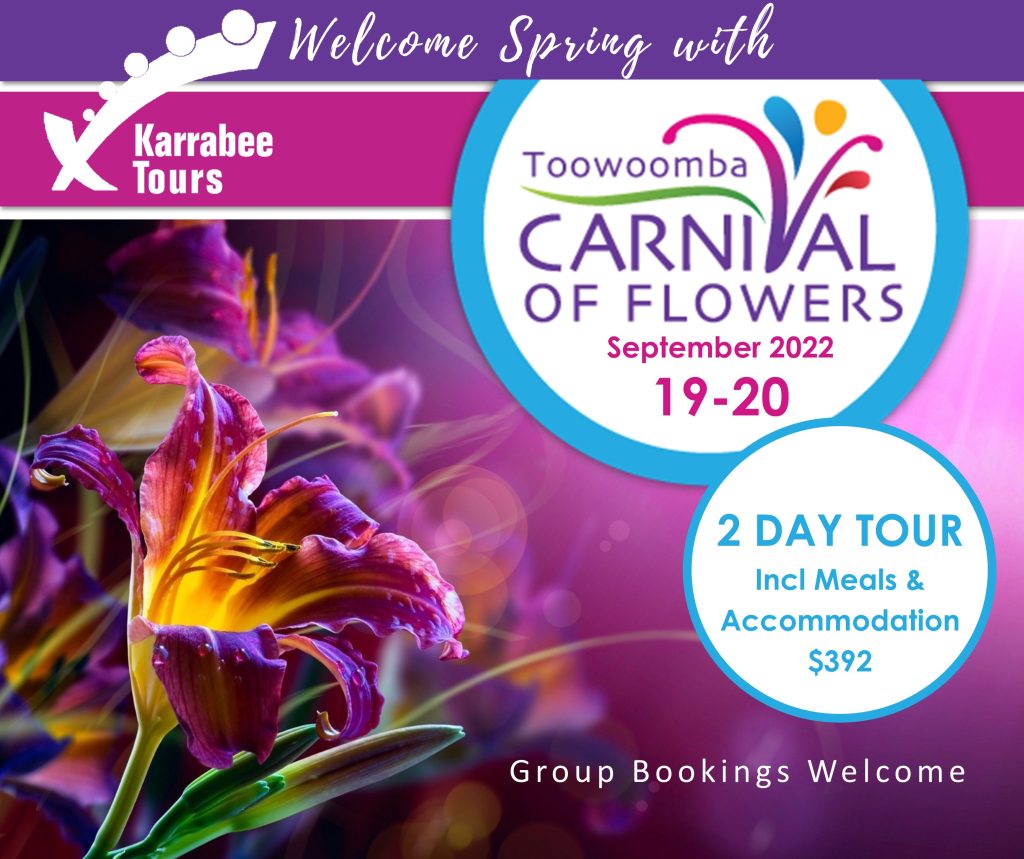